I just returned from a few days in Vienna where my piece Swamp was performed by Manon-Liu Winter on clavichord, Matija Schellander on double bass, Isabelle Duthoit on voice and me on flute. Our soloist was a 8m film projector. A good time was had by all.

Many thanks to the E_may team for producing this event and the folks at the Kabelwerk for putting me up and providing the venue. And Wien Modern for programming such an adventuresome evening. The Vienna Zeitung published a positive review. 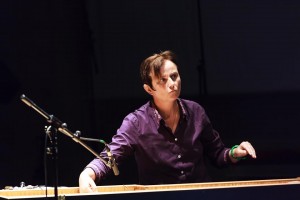 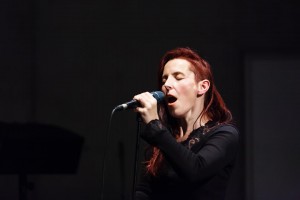 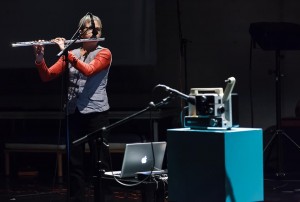 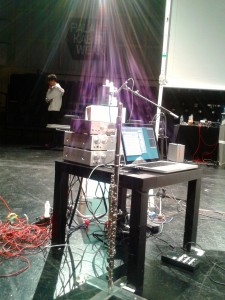 I also spent 2 and a half days as a subject for a documentary film about me. The interviews were done by Rebekah Wilson, the filming by Reinhard Mayr and the production is by IMA. That was quite an experience doing my best to stand still and explain myself in parks, theaters and the old, old art academy.