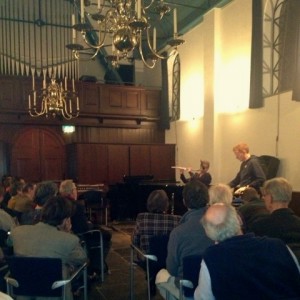 Last night Shackle played a short set as part of a concert in a lovely little church in Schellingwoude which is just a couple of bridges over the water from Amsterdam. The church was filled with a dedicated local audience and our colleagues played Janacek, Padding, Andriessen and Prokofiev. As we were playing we both really felt how Shackle has a role in guiding the electronic chamber music of the 21st century.

Many thanks to Gerard Bouwhuis and Heleen Hulst for producing the festival and feeding us all so well before the gig. 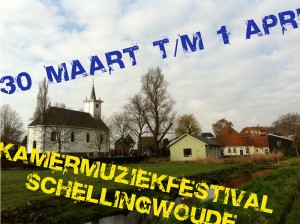