Shackle had two romping and stomping performances in the beginning of February that included our full set up plus guests.

We were in Deventer on 8 February at the Kunstlab as guests of ~DIF where we played with silent film fragments and tried out all the new stuff we’ve been working on so that we can find more new stuff to do. 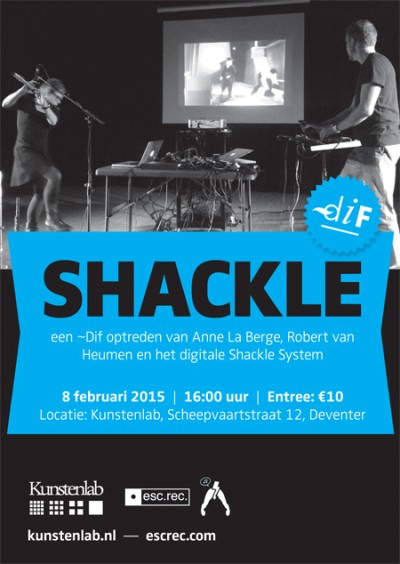 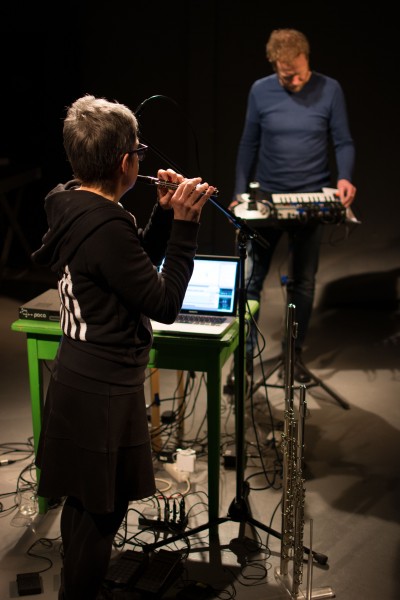 Robert van Heumen organized and produced Local Stop Revisited on February 15 in STEIM. STEIM will be moving location at the end of 2015. It’s a place where many of us were able to use space and facilities to research and create some of our most significant work in the last years. Shackle Affair made an appearance with guests Semay Wu and Han Buhrs. We’re into guests! 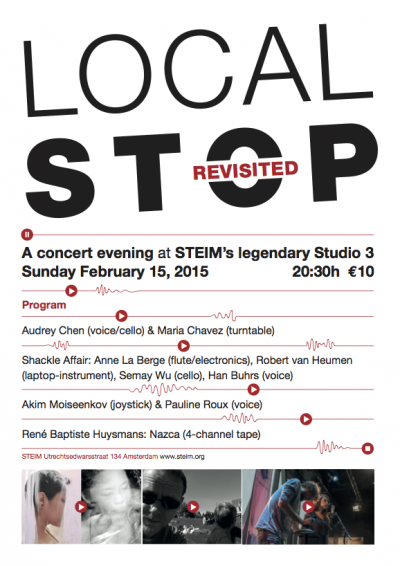