Modern Genetics
A triple LP with a rousing mix of punk, country, spoken word and electro that is a musical family history unlike any other. Six sides of live recordings and unreleased material on 180-gram vinyl. Splendor Records 001. 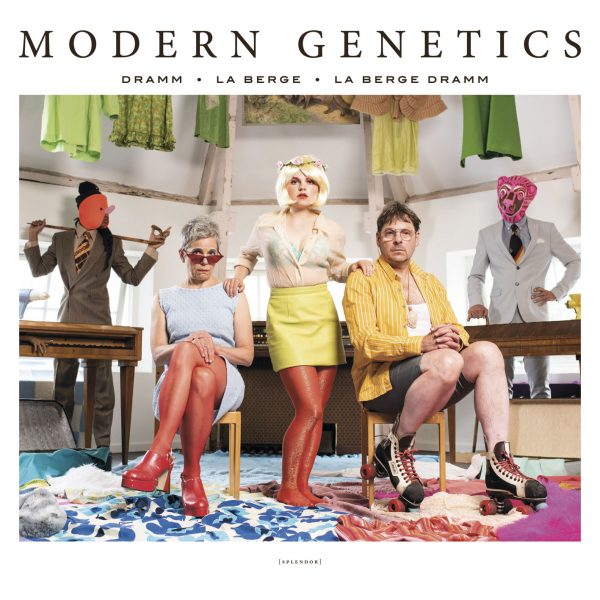 DAMN!
A compilation of women composer/performers on the chmafu nocords label that specializes in anti-specialization. On this CD there is a ten minute audio version of Utter.

Broken Symmetries
Compositions by Sam Pluta
This digital download by Carrier Records includes the work Delay/Line for flute and electronics. “Delay/Line is a focused study on the effect of simple delays on a gradual glissando from the low to the high range of the flute. Simple in nature, but virtuosic to perform, Delay/Line is a testament to Anne LaBerge’s virtuosity as an electro-acoustic performer and improviser. Delay/Line was commissioned by the Barlow Endowment for Music Composition at Brigham Young University.”

RAW
Real time open ended improvisation on unfinished musical material through random choices for ensemble and electronics made up of fragmented gestures and shards of skeletal speech. Ensemble MAZE is performing the piece which was recorded live at Splendor in Amsterdam, The Netherlands. Design by Isabelle Vigier. Available through Unsounds and the composer.

682/681
On December 17, 2015, Lisa Cay Miller gathered some of her Amsterdam colleagues for six hours of recording at Splendor Amsterdam to make this collection of brief improvisations.

The Hum
Released March 2014 digitally and March 2016 as LP.
Two text/music pieces with bassist Joe Williamson that sound like odd radio plays with lots of ambiguities and unrestricted fantasy.