In 1999, together with Steve Heather and Cor Fuhler , I founded the Kraakgeluiden, a improvisation series based in Amsterdam, exploring combinations of acoustic instruments, electronic instruments and computers, and real-time interactive performance systems. Marko Ciciliani was also involved in organization and production in the later years of the series.

The testing ground for much of my work from 1999 to 2006 was the Kraakgeluiden. The aim of the series was to make improvised music that explored the budding possibilities of the more experimental electro-acoustic music of that time. Kraakgeluiden literally means “creaking (or crunching, crackling or rustling) sounds,” and also invokes the Dutch word “kraakpand,” a squat; the series mostly took place in a series of squatted or just post-squatted buildings in various locations in the city. Its placing of cutting edge performance work in an informal, workshop-like setting was highly successful and influential; I learned much from the Kraakgeluiden series, not only in acquiring greater hands-on familiarity with increasingly complex technology in a live situation, but in refining my use of time, and material, in improvised performance.

Many of its musical collaborations that have resulted have taken on a life beyond the Kraakgeluiden series, which ceased in 2006.

A CD release by Unsounds was only one of the many recordings that were made. The seven years of photo and audio archives from this weekly concert series still need to be sorted and cataloged.

A review in Dutch by Peter Bruyn can be found here. 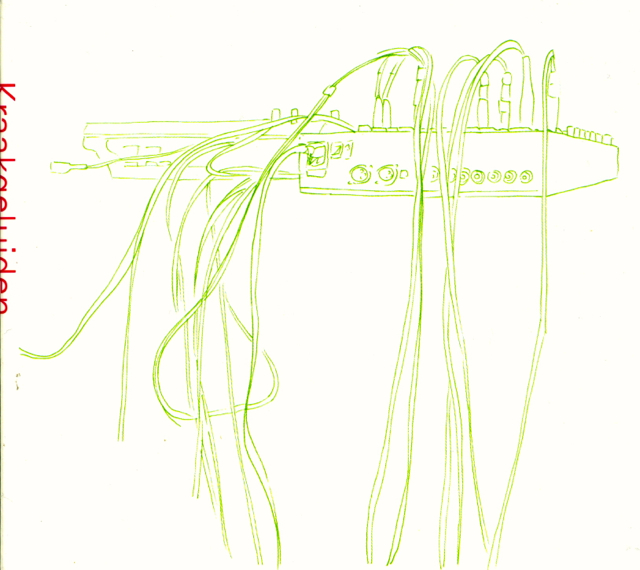