Getting from Athens to Bristol was almost as eventful as playing the concerts.

MAZE flew from Athens home to Amsterdam and then the next morning took off for Bristol, England. Dario, our bass player, got held up at security and missed the flight. Security is to be blamed for not recognizing a simple bluetooth pedal! After the travel day from hell, Dario managed to arrive just in time for the gig which was MAZE playing music to The Bell and the Glass and Screenplay films by Christian Marclay at Arnolfini.

One added benefit to playing at festivals is to catch up with old friends and colleagues and to meet new ones. One particularly special morning hour was spent hanging out with Ellen Fullman and witnessing her play her strings. 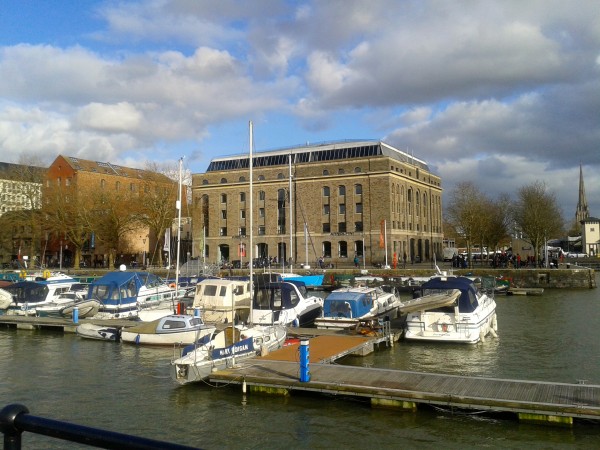