I first heard about the legendary John Fonville when I was a Teaching Assistant at the University of Illinois, Champaign-Urbana, in the late 1970’s. John had finished his doctorate not long before my arrival and had left a significant mark including his reputation as an adventuresome flutist. I felt that I was following in the footsteps of someone with whom I shared some musical passions and I had never even met the man!

Some years went by and in 1985 I thought a doctorate would be the next path for me so I paid John a visit at UCSD.

For the next two years we played microtones, multiphonics and developed a duo that the world has never seen the likes of. We commissioned, we improvised and we worked with our friends and colleagues knowing that, in our initmate cirlce, we were forging ground for the flute repertoire of the late 20th century. A bit presumptious of us but we were super motivated to the point of obsessive in our mission.

Our duo continued for a few years with our last performances in Europe at the end of the 1980’s.

Then John and I continued our separate career paths, meeting up occassionally in San Diego when I would pass through.

I still often meet John in my mind, thinking about his particular musicality, virtuosity and unique approach to dealing with the flute. I also think warmly about all those hours we spent learning the Mong Songs, Unengraced and By and taking turns ranting about the injustices of life.

Our music lives on. 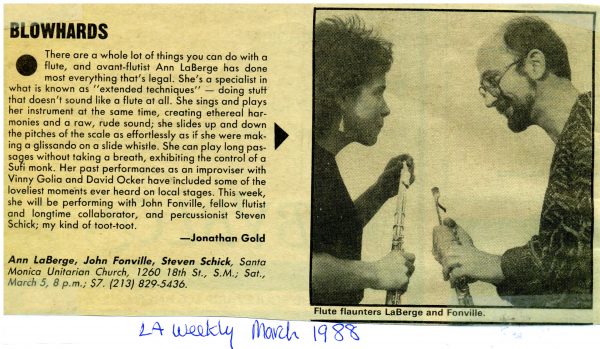 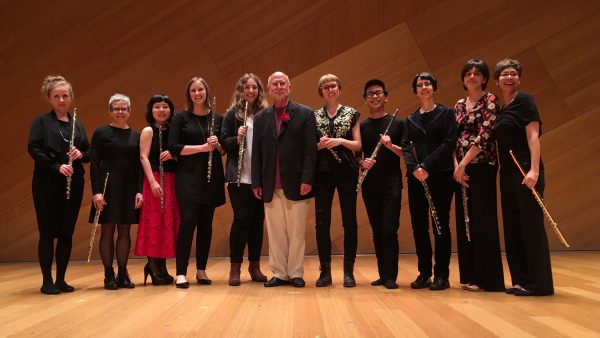