The concerts that I found myself in were rich in performer diversity inclucing ages, sizes, disciplines, instruments, body parts and locations.

On 5 January I played on the monthly Monday Match at the BIMhuis in Amsterdam. The special guest was a musician playing sewing machine. Eventually I was inspired to tell my own sewing machine story where my Mom sewed through her finger. 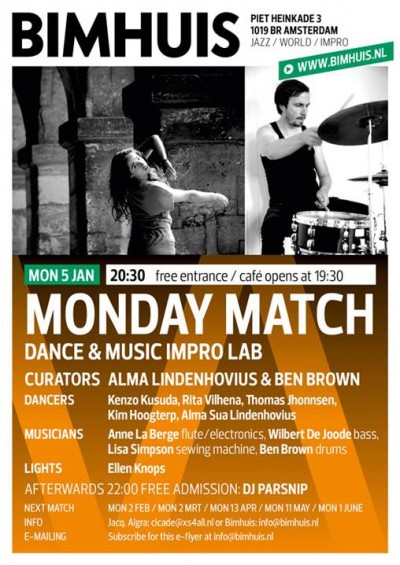 Zebra was the guest band for the monthly ImproJam at MEZRAB on 17 January. That was my first authentic jam session ever in my life! Got to hear some magical moments and some misfires too. That’s jamming. 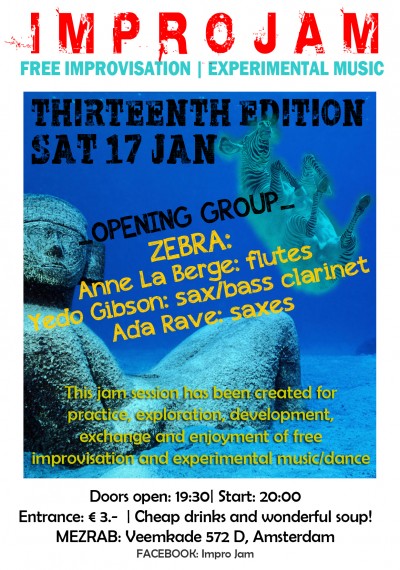 The Oorsprong Curators Series has a complex set of rules regarding when one is allowed to play on the concert. Basically one can only play once in the concert season and only with artists one has never played with before. At my age those stipulations are hard to follow. We had a fantastic performance on 26 January with a collective spirit that rendered our improvisation into compositional magic. Many thanks to Electra Kouloumpi for putting us together. We’ll see one another again on local stages soon. 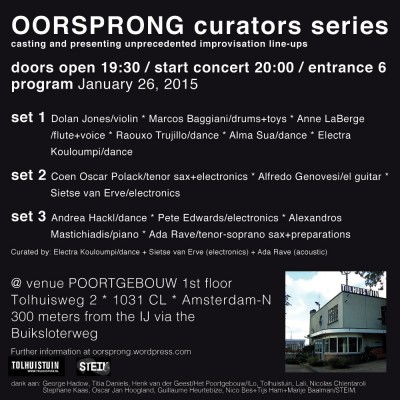