The year opened with a lot of improvising!
8 January Tom Baker and I did some recording in MuzyQ that we have private hopes to bring out on vinyl, followed by a romping gig in Zaal 100 with the locals Eric Boeren, Wilbert de Joode and Diamanda Dramm. 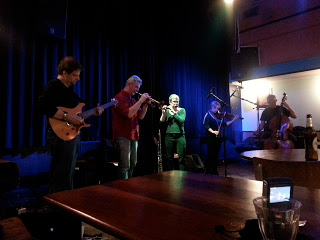 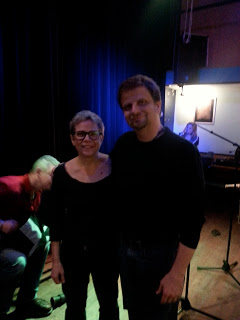 Shackle played a sensational 6 minutes to break the classical flow at the Splendor Parade on a snowy 20 January.

And then Shackle went on to play a Shackle Affair set with pleasant surprises provided by sax player John Dikeman at the Martin Luther Church Tabula Rasa series.

In the meantime, I’m working on a piece for Field Of Ears for an April 27th premiere. Looking at the history of the knuckleball and Annabelle Lefty Lee.

And waiting for the arrival of 3 new pieces for the April tour of The Treble Girls!