This pow wow had an even longer title:

It is the brainchild of some of the students in the Sonology Department of the Royal Conservatory in the Hague and was led by the intelligent and socially curious Semay Wu.

This was the second of hopefully many meetings to discuss gender (in)equality and subjects surrounding gender balance in the creative arts, specifically composed electronic music.

I was the invited key speaker before the lengthy, animated and fruitful discussions that followed. I was truly impressed and inspired by the maturity and the openness of the students to dig right to the core of the issues we touched on.

I will try to return for the following sessions since this topic is close to my heart and believe in supporting my fellow artists, including the younger ones. 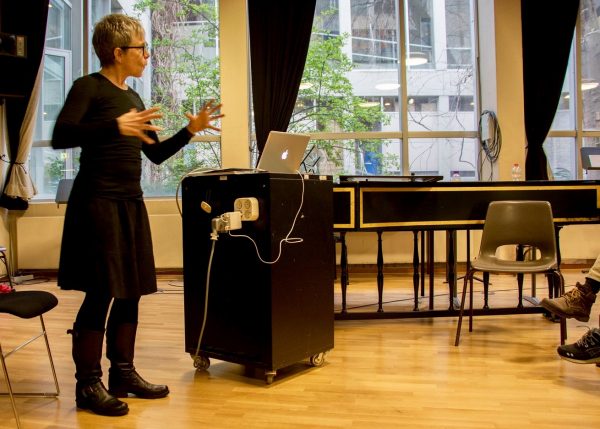